We have paid tribute to a long-serving Dawson Precision Components employee who has retired after 50 years with the company.

Kevin Kirk, aged 66, joined Greater Manchester-based DPC in early 1969 as a young apprentice. Since then, the company has grown significantly in staff numbers, engineering services and facilities, and Kevin has played a key role in that story.

DPC directors Simon Dawson, Paul Dawson and Julie Hughes thanked Kevin for his loyal services during a retirement presentation at the company’s headquarters in Shaw, Oldham.

Reflecting on his career, Kevin said: “I’ve always been proud of the quality, standards and skills at DPC. When I started here as a youngster, I was aware how skilled the older men were.

“In the late 1960s and early 1970s, good jobs weren’t always easy to find, and the textiles industry was laying-off thousands of people. But I appreciated being trained by a company that valued high-quality work and planned for the future.

“Through high standards, DPC went on to secure contracts in really high-precision engineering sectors such as aerospace and defence with clients who are very selective. DPC has carved out a niche for that type of specialist work.”

Kevin was entitled to retire two years ago. However, he wanted to reach the 50th anniversary at DPC.

He said: “I was eligible to retire in 2017 when I reached 65. But I wanted to reach the 50-year milestone with Dawson Precision Components. So, from December 2017 I went part-time at DPC, working on Tuesdays, Wednesdays and Thursdays. I thought it would be nice to slow-down a little bit.

“I’ve worked all my life since leaving school. It’s been a long journey – a bit of a marathon, I suppose.”

Kevin grew up in the Greenhill area of Oldham, now more commonly described as Glodwick. He lived at South Hill Street, attended Waterloo Infants and Roundthorn Junior schools then Clarksfield Senior School after failing the controversial 11-Plus exams.  Two years later, schools were restructured under a comprehensive system and he attended Hathershaw School. His dad, Edward Kirk, was an electrician’s mate at Chadderton Power Station and his mum, Edith, was a manual worker at Ferry & Daisley, which later became part of Ribble Packaging.

Kevin recalled: “At school, all the A1-streamed children got to see the careers officer first, meaning a lot of the apprenticeships with the big garages were taken-up quickly by them. I was in the A2 stream, told the careers officer I wanted to be a motor mechanic and got a job aged 15 with Auto Service Centre Transport Motor Panels.

“However, after being made redundant at my first place of work, I heard DPC was looking for an apprentice turner. DPC had started in a unit at Pine Mill on Featherstall Road in 1965 but had moved to a location on Elliot Street when I joined the company in the late 1960s.

“For my interview, I met the boss, Bill Dawson, who asked me if I could read drawings or micrometres? I was honest and answered ‘no’ to both questions. I thought I’d blown it. However, I received a letter offering me a job a few days later and I began there in early 1969. Bill said I was a ‘blank sheet of paper’ that he could work with. So that was great.

“The Elliot Street works was shared with another business run by Frank McGee, which carried out metal work including paraffin-fuelled road repair hazard lamps which predated modern electronic flashing lamps. DPC’s work then included engineering services for the textiles industry but the company was diversifying and targeting new emerging industries.

“After starting my apprenticeship with DPC, I went to Oldham Technical College and worked on my Lancashire & Cheshire and then City & Guilds qualifications in mechanical engineering craft.”

By the early 1970s, DPC wanted a bigger premise and looked at a site in the town centre. However, that area was later bought by Oldham Council for redevelopment so DPC looked elsewhere.

DPC then found a site in nearby Shaw, which was a former rope and chain works. DPC rented the Shaw building from Frank Hardman, transported all its machines there and bought three new milling machines for the new site. DPC had 12 staff at the time.

Kevin said: “In those days, Bill Dawson worked mainly in the office on quotes and his brother, Frank Dawson, worked on the watch lathes.

“Machines included a Traub automatic single spindle lathe powered by cams which had a 25mm/one-inch bar capacity. That was the first automatic machine we had. Frank did a course to learn how to operate it. Soon after, we bought two and then three of these machines. I became Frank Dawson’s apprentice and learned to operate the Traub machines.”

Following the death of Mr McGee and other changes, including the merger with another Oldham engineering firm called Microfine, which was owned by William Dawson Snr, known affectionately as ‘Father Bill’, Dawson Precision Components started to develop as the high-precision engineering company we know today. There was more investment in extra machines, materials and additional buildings, and important work for firms such as Ferranti.

Kevin explained: “In my career, I started working on little Myford lathes which had small 16mm capacities. DPC manufactured a lot of small components which became very important to the business. I also worked on Hardinge lathes which had a turret which could take up to eight tools and allowed automatic and manual operation. We did sequence jobs and multi-batch work.

“Then we saw one of the first numerical-control machines made by Hardinge on show at West Drayton. These were high-precision machines that were well-rated by good engineers. Those numerical-control lathes used punch-tapes to control their operations, and additional units could be bought to store additional programmes and edit them without altering the original punch tape.

“We did work for the automotive industry, but the main thrust of my work was making parts for mass spectrometers. 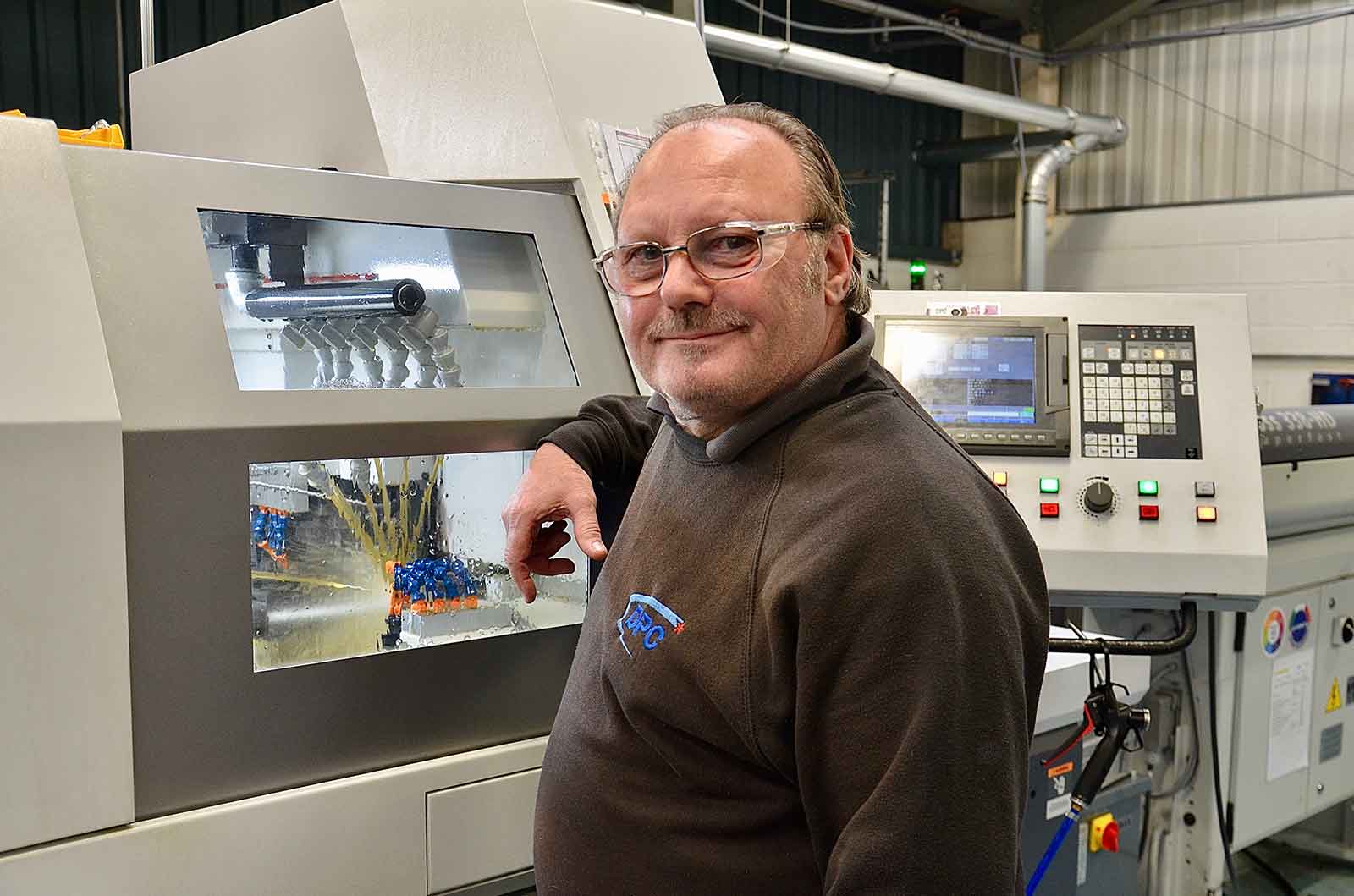 “Tony Roach came from Microfine and worked on automatics with me and Frank. We also used to make a lot of our own tools, drills and cutters. Tony and I were quite good at that. However, engineering skills obviously keep changing and today’s younger engineers have lots of new skills for the latest machines, which are now much more sophisticated and faster than the early machines I first worked on.

“For example, I was recently working on a modern Citizen machine which manufactures a screw in 45 seconds. In the old days, that little screw could have taken me 45 minutes to produce with a lathe. The speed of modern machinery is amazing.”

In addition to engineering skills, Kevin said DPC always promoted a culture of personal pride, honesty and professionalism at work.

He said: “Bill Dawson always told me to own-up to any mistakes at work, follow processes properly and be honest. Integrity was really important. For example, if I’d made a mistake and needed some more materials such as brass, I had to ensure I collected the correct specification of brass. That meant communicating openly and honestly with all staff at all times. That ethos has always stayed with me.

“I think it’s the same as the ethos at firms like Rolls Royce, where staff put their names to their work. There’s an integrity about our work.”

Simon Dawson, Managing Director, said: “Kevin is one of the finest engineers I have ever known, and I am very proud that he has worked for our family business for so many years.  Kevin has great integrity, honesty and drive to always give his best, whatever job he is tasked with.

“Kevin’s expertise, from machining precision components to completing a full machine overhaul, has been invaluable over the years.  Quality has always been paramount for Kevin and he has never settled for ‘it’s good enough’. This is the approach and attitude that DPC’s reputation was founded upon and, over the years, Kevin has helped cement that reputation for the company.  Kevin is extremely well thought-of by all at DPC and everyone here wishes him a long and happy retirement.”

In his spare time, Kevin enjoys working with classic cars and motorcycles. He has a 1935 Vauxhall, a 1987 four-wheel drive Fiat Panda and a Triumph Truxton cafe racer motorbike.

He is a member of Tame Valley Vintage & Classic Car Club and the Vauxhall Owners Club. He takes his cars and motorbike to events across the country, from Oldham and Saddleworth, such as the annual Yanks Weekend and town centre displays, to rocker and biker reunions in Brighton, linked to the iconic Ace Cafe in London, which is associated with bikers. 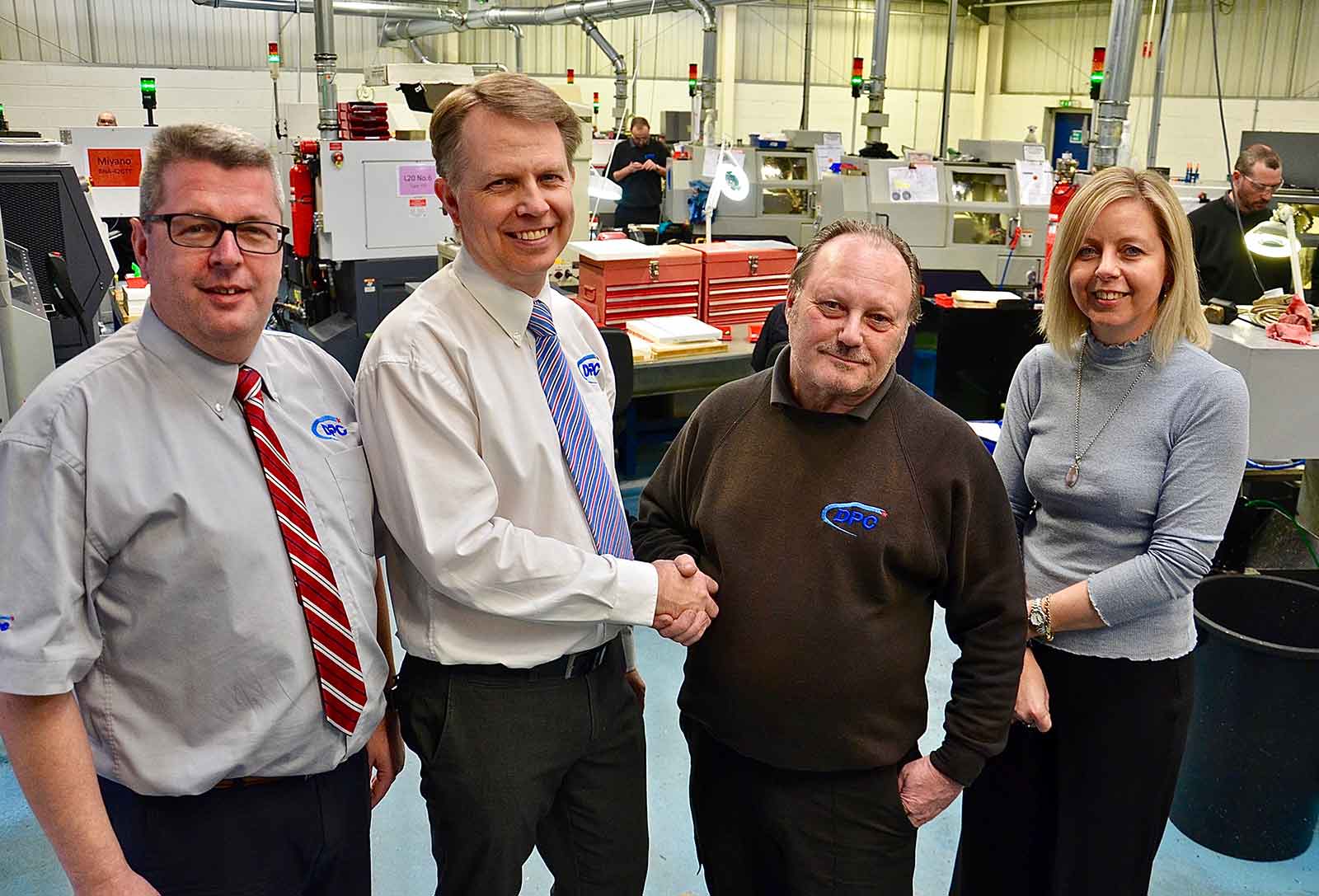 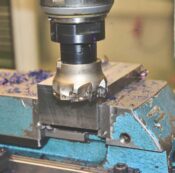 How to operate a CNC machine
Computer Numerical Control (CNC) machines are an e....
More
Blog 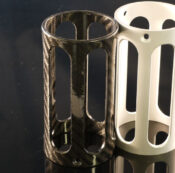 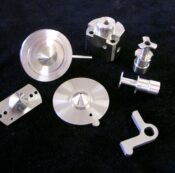 What is Turning?
Turning is the process of shaping materials using ....
More
X
X

Want to see how we could help you?
Why not get in touch

Inspection reporting in accordance with AS9102 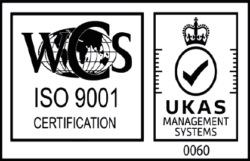